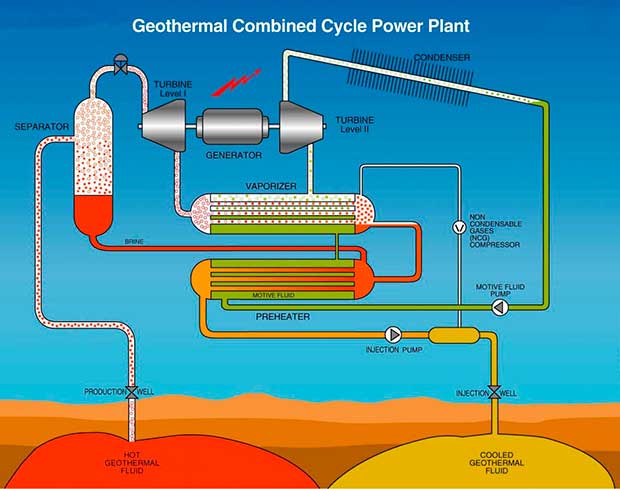 As one of the most important parts of our future decision making, finding alternative energy sources is a priority. Being able to power our various needs on a daily basis using energy sources which are not finite, and which are less likely to impact the environment, is an essential part of our current trajectory as a civilization. Among the many projects being looked into and tested out includes geothermal energy. Geothermal energy has a massive potential, and a raft of new emerging technologies empowers that potential.

Indeed, according to an expert in the industry, Dr. Ghazal Izadi, who is the Global Discipline Lead for Unconventionals and Geothermal Reservoir Technical Services at Baker Hughes, five major technologies are on the horizon that could make geothermal energy an even more exciting, enterprising part of the energy sector for years to come. Some of the new technology includes EGS tech to stimulate the system using fluid pressure, automatic vertical drilling systems, Ultra-hot supercritical geothermal systems, and additive manufacturing.

The technologies are mostly focused on ensuring that we can use resources which currently lie unused or relatively dormant. However, like many other projects in the geothermal sector, the hope is that it can be cost-effective. One of the major benefits of geothermal energy is that, compared to competitors on the market, it is more cost-manageable for the long-term.

Geothermal energy is seen as ideal because it can make up the shortfall of various other alternatives. For example, solar energy needs the sun, and wind-based power needs a wind to actually be blowing. On the wrong day, this could mean that a power source built entirely around these systems would fail – or at least be inefficient.

Modern projects shine a light on the potential of geothermal energy

While other industries tend to run into the same problems and roadblocks with supply and demand, geothermal energy projects are looking to untapped sources. Finding other forms of energy that we can harness is much easier using geothermal technology as the sources that can be used for energy are far more varied and diverse.

With that in mind, it is easier to understand why geothermal technical services are growing. One of the most important new factors in geothermal energy is the use of additive manufacturing. This will play a massive role in helping to create what is needed for many geothermal energy projects. Indeed, this would include a layer-by-layer creation of materials that can then fit into the exact geometric shape needed. This would allow for materials to be used to help create parts that otherwise would not be possible using more traditional manufacturing.