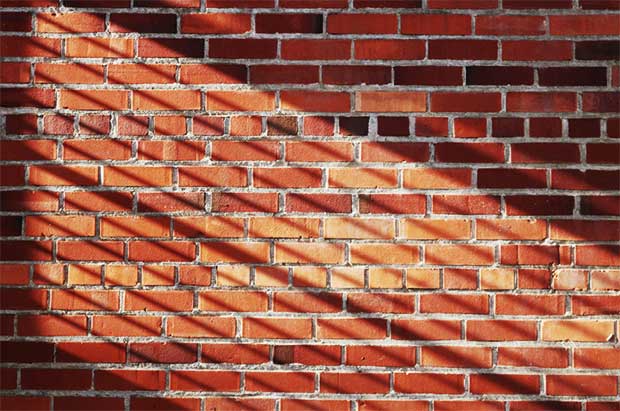 A combination of a very old technology with a very new technology can potentially become an important part of energy storage.

Bricks are about the oldest of all man-made building materials. Made of dried clay, they are nearly impervious to changing weather conditions. They absorb heat from the sun during the day and release it at night. Nanotechnology, on the other hand, is among the newest of scientific disciplines.

Julio D’Arcy and his team of researchers at Washington University in St. Louis, Missouri have explored ways use nanotechnology to turn ordinary red bricks into supercapacitors for storing energy.

Red bricks get their coloring from hematite, an oxide of iron better known as rust. D’Arcy’s team subjected heated bricks to an acid vapor that dissolved the hematite. Then they introduced nanofibers of a conductive polymer called PEDOT into the brick and coated it with epoxy to make it waterproof. In the process, the color of the bricks changed from red to a dark brownish blue.

The PEDOT turned the bricks into supercapacitors. Supercapacitors and batteries both store electricity. Batteries rely on chemical reactions in a liquid or pasty electrolyte. Supercapacitors store static charges. They can be charged and discharged more quickly than batteries—more than once per hour. And after 10,000 charging cycles, they still retain 90 per cent of their capacitance.

Don’t expect a building of supercapacitor bricks to come on the market anytime soon. Proof of concept research is a long way from commercial application.

For one thing, the cost must come way down. One brick stores more energy than one AA battery, but it costs about 65¢ for the brick and about $2-3 to convert it to a supercapacitor.

For another, the experiments did not include mechanical testing of the bricks once the acid dissolved the hematite. It is therefore not known whether they maintain enough strength to be used in construction. A few bricks in a wall attached to solar cells may be useful for emergency lighting.

If the bricks prove viable as a building material and can be made at a much lower cost, brick walls may be able to run electronics or provide backup in case of power outages.

David Guion is a retired librarian who has been writing web content about sustainability for more than ten years. He publishes Sustainability Scout.